When Tiny Mistakes Come Back to Bite: Mann v Paterson, a Case Study

In October last year, the High Court of Australia came to a landmark decision destined to change the way contractors think about claiming.

In October last year, the High Court of Australia came to a landmark decision destined to change the way contractors think about claiming.

Ask anyone you know: having a new house built is the sort of project that often causes grey hairs, fine lines and anxious thinking at 3AM.

But ‘stressful’ wouldn’t even begin to describe a once harmless-looking residential construction project that would eventually find itself in the High Court of Australia.

It started innocently enough. Victorian couple Peter and Angela Mann hired Paterson Constructions Pty. Ltd. to build two townhouses on land they owned, for a fixed price. During the build, they orally requested for 42 different variations to be made to the original contract. The builder carried out these variations as requested.

The contract stipulated that the builder should receive “progress payments” when the company had reached various stages in the project. Once the first townhouse had been complete, the builder raised an invoice for an additional sum to cover the charges that had arisen from the variations.

Presumably not happy with this, the Manns repudiated the contract. The builder accepted the repudiation, and just like that, the contract was terminated.

So … Where to From Here?

Under the current legislation, any contractor whose contract had been terminated as a result of repudiation would have a choice: claim for damages from breach of contract, or claim for payment on a quantum meruit basis.

“Quantum meruit” is a Latin phrase that translates as “as much as he deserved”. This type of claim involves receiving payment at market value for work that has already been carried out – market value, of course, being key here.

Why is this important?

Well, contracts don’t necessarily reflect the going rate. A payment received via quantum meruit could quite easily exceed what was ever payable through the contract. It could also very easily eclipse the equivalent claim for damages.

As Much as He Deserved

The builder took the matter to the Victorian Civil and Administrative Tribunal (VCAT) in 2016. The aim was to make a claim, either for damages, or for restitution for the work and materials that had already gone into the project. The tribunal agreed that a restitutionary measure was required.

The Manns countered with an appeal to the Supreme Court of Victoria. This was substantially dismissed.

They then appealed to the Court of Appeal of the Supreme Court of Victoria. This was also dismissed.

Running out of options, they filed a special leave application, pushing the case to the High Court, where in 2019 – this year – it would go on to make waves in the industry.

How Not to Handle a Variation

I feel like I’m saying this a lot these days. But I see it all the time in my line of work, so I’ll repeat myself here. A lack of due diligence can have catastrophic implications.

These things can seem so harmless at the time. But there’s always the chance that something will come back to bite you. And let me tell you what – those teeth are sharp.

For Paterson Constructions, not doing this was a big mistake.

Each individual variation requested by the Manns had not altered the contract by more than 2%, so the builder had accepted these without keeping a written record.

Unfortunately for Paterson Constructions, the same section of the Act – Section 38 – also stipulates that a builder can’t claim on variations unless he/she has complied with the instructions in that section. Instructions that, of course, include giving written notice as discussed above.

An exception exists, but only applies if there are exceptional circumstances at play, or that complying with the section would have brought upon a significant or exceptional hardship.

For this reason, the High Court found that the builder was not able to claim on a quantum meruit basis for the variations after all.

It also found that the builder was entitled to recover restitution for the remaining work and materials, but that this should be a fair price, based on the price in the contract.

Suddenly, things were looking up for the Manns.

There are a few things we can take away from this decision.

Firstly: the contract is king.

We may see a drop in contractors claiming restitution, now that the contract price could potentially determine a ‘cap’ for these types of payments.

But there’s another lesson in there, too. And from my perspective, it’s an important one.

Contractors, please write everything down. Capture all changes. Dot the ‘i’s and cross the ‘t’s.

After all, the High Court is not a place you want to end up high and dry. 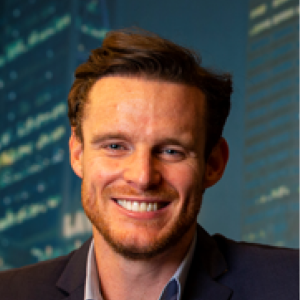 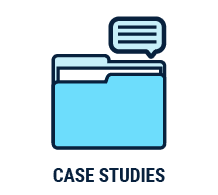